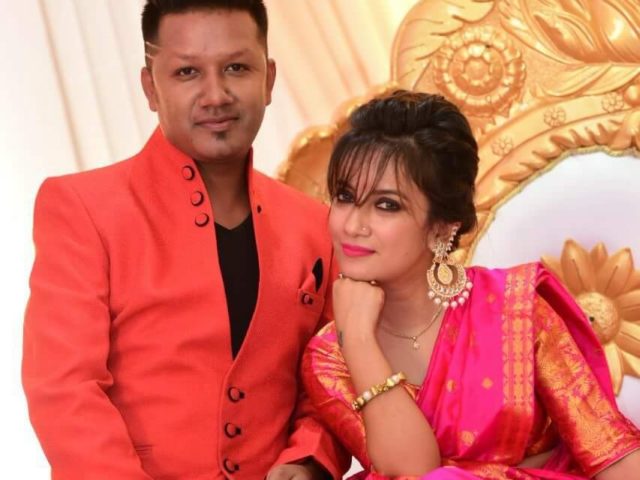 Born and brought up in Lakhimpur, Assam, Boidyashri Gogoi, just like many other people, shifted to Guwahati in 2013 to chase his passion for Makeup. With sheer hard work and blessings from the higher being, he escalated in his field of work. He has been rising since then and there has been no looking back.

Born in 1983 to a very humble family in Lakhimpur, they shifted to Guwahati in 1985 due to his father’s transfer. He did his early schooling in Chandmari (some school). Later he studied in Cotton Collegiate Boys’ School, Guwahati from class 5 to 7. However, they left for Lakhimpur in middle of class 7. He continued his grade 7 in North Lakhimpur.
Being always a topper in the class, he later enrolled in LLB college, Lakhimpur. He later had to drop off from college due to his father’s untimely death. All the responsibilities fell upon his shoulder.
Apart from academically bright, he was an all-rounder. He used to teach dance classes to students. He learnt that while teaching dance, he was able to earn a decent amount of money. He decided to teach dance classes for a living.

HIS ENTRY TO THE MAKE UP WORLD:

Boidyashri Gogoi was also a very good artist, apart from being a good dancer. Having an innate artistic flair, he used to do his student’s makeup when they used to perform on stage. He also used to design their costumes in accordance to the theme of the dance performance. His students used to perform in various parts of the state. Once, when he took his students to Guwahati to participate in a completion, various makeup artists appreciated the way he did their makeup.

There arrived a time when he stood in a crossroad. He had to decide in which direction he will take forward his career. He used equally loved teaching dance, doing their makeup and designing dresses. However, he felt that the makeup industry would bring him better returns. He trusted his gut and took the plunge to follow his heart. He picked up a lot about makeup by interacting with other makeup artists when he took his students to perform in various places. Also, YouTube helped him a lot.

HIS JOURNEY SO FAR…